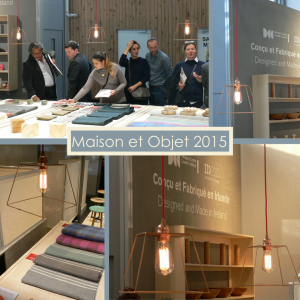 As I am preparing to head back to France, to exhibit at Maison Objet, March 24th – 28th in Paris, I have been remembering my last trip there in 2015, the ‘Year of Irish Design’. For this show, I brought my Wilde Cage lights, alongside, items from 5 or 6 other Irish designers to complete the Irish selection for this exhibition. It was my first exhibiting experience of this prestigious show and there was an overwhelming sense of pride in being selected alongside other designer-makers, such as; Molloy and Son’s fabrics, stools by Snug, the Carvel chair by Andrew Clancy, marble whiskey stones by Hennessy, and Byrne, pot trivets by Superfolk and mitered boxes by Cillian O’Suilleabháin. 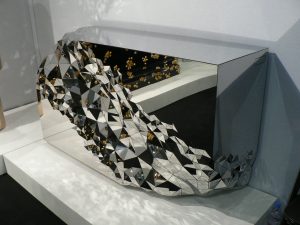 Irish Design 2015 showcased many designers at home and abroad to an audience of apparently more than 1.4 million people, through 600+ projects (not too sure about that figure). I was lucky to have some of my products on show in New York, Beijing, and the Liminal show in Dublin, as well as at Maison et Objet in Paris.

Arriving in Paris for the show on a cold January day, I was greeted by strange plastic tunnels set outdoors to shield visitors from the elements; creating something of the surreal atmosphere, which would encapsulate my experience over the next 3 days. I perused the halls, discovering massive LED installations by Blackbody, whilst bumping into my old London (100% Design) colleague Jake Phipps with his incredible fractal chrome cabinet with gold barnacles. I  also came upon the effervescent Susie Zelouf and partner Michael Bell exhibiting their excellent ‘Fish’ and ‘Bombay Saphire’ cabinets. 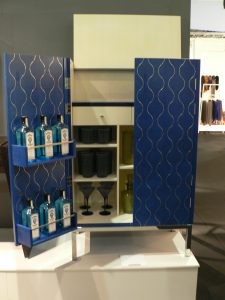 Our Irish stand was designed by Stephen McNamara and manned, very capably by, Annie Dack and Nicola Doran for DCCI, so I was able to run off and look at the halls whilst also being on hand for stand duties. 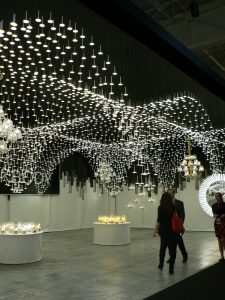 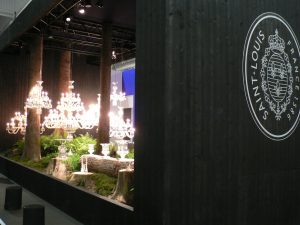 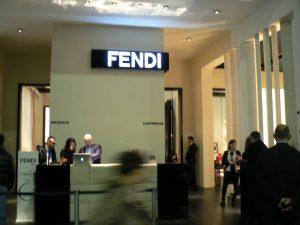 The abundance of creativity alongside the absolute wealth of certain brands and the massive investment placed in this show made me feel that my offering, was so modest in comparison to the exclusive brands like Fendi, who offered, concierge services, security, and private meetings.

During the networking occasion at the Irish Embassy, I got to meet artists, Connolly Cleary (who we later worked with on the Marconi station in Clifden) with their strange and beautifully realised headpiece periscopes, and Irish architect Patrick Mellet who showed me around and offered great hospitality. He also taught me how business gets done in Paris, definitely more assertive and verbally dramatic than at home, with full vocal barrages for simple dealings with taxis or hotels. It was humorous to be asked to refurbish some of the door fixtures in the embassy by  Ambassadors’ Geraldine Byrne Nason’s husband, once he found out I was a metal worker and when she found out I was based in Duleek and her a Drogheda woman, a local bond was made. 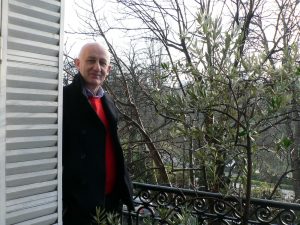 Patrick Mellet, the architect, taught me the ways of business during my time in Paris, at Maison Objet 2015.

In the end, our show in France taught me that you must go again and again to gain traction in France. You also must also make an effort with your French. And so we are off again, 7 years later, now preparing to get back on the French horse and re-engage with Les Francais.

Now, I must get out my old school phrasebook!